What's on your mind?

It seems that most of the anime and Kamen Rider fans almost forgetting Valkyrie Drive to this point, how come there is still no remake? (Sigh) We need a better version of this Kamen Rider-based anime series! I'm still crying out loud to say "Return Valkyrie Drive for a remake!" as many times as possible! The Riders must crossover with the Valkyries! No matter what flaws we face, the two classes of heroes must unite! Valkyries and Kamen Riders will "Henshin!" together! And make the wiki of Valkyrie Drive active again! 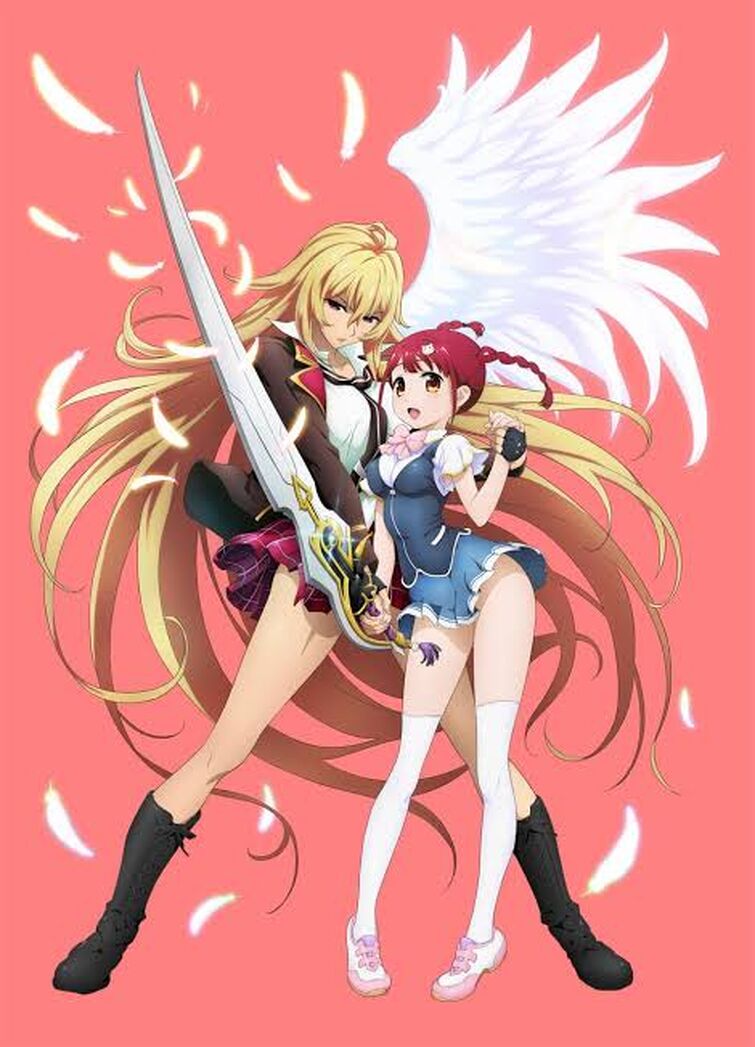 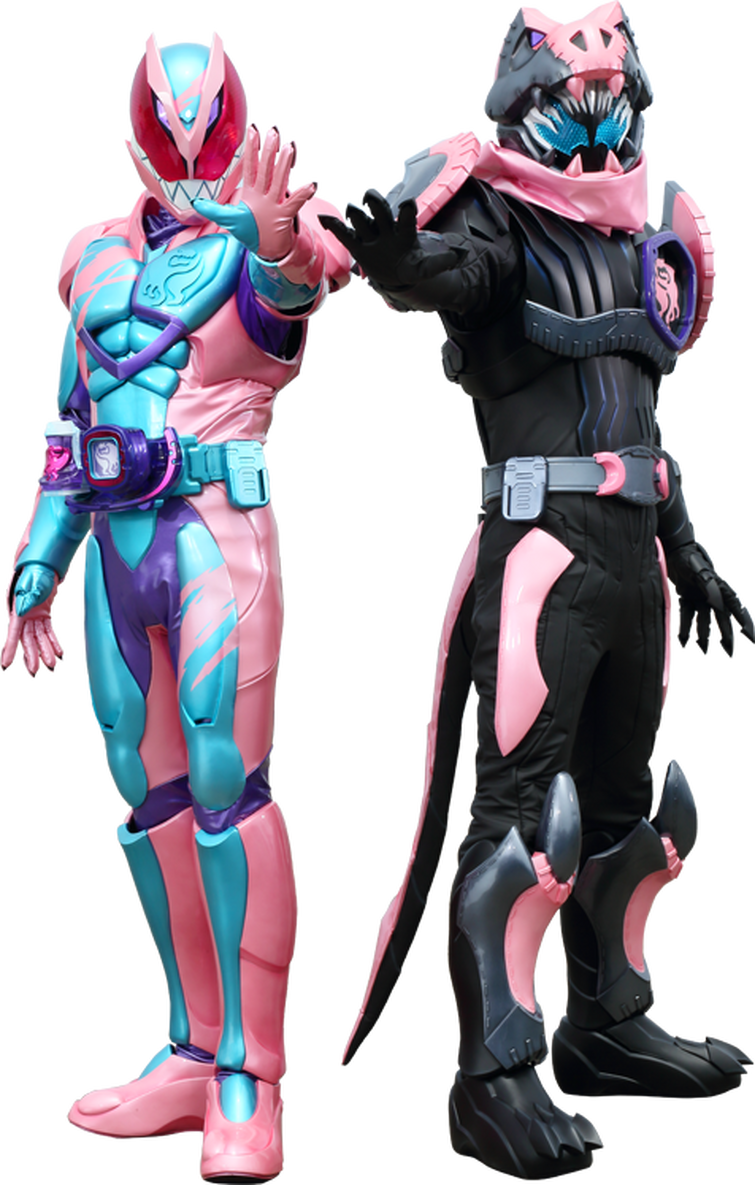 It's been 8 years since anyone edited this wiki in just one or two months ever since I was a Kamen Rider fan. Right now, why is anyone retarded for this? How are we not developing it in extant? I already watched the series and the walkthrough of the game, but when did this unaware ignorance happen? And why is still there a few KR references on each page? And when will Valkyrie Drive return? Should it be rebooted or remade with a few scenes of fanservice?

I must know the truth... Up to the point, from Heisei to Reiwa, we need must open up this wiki again to its good development, even it's already the 50th Anniversary of the Kamen Rider series last year. 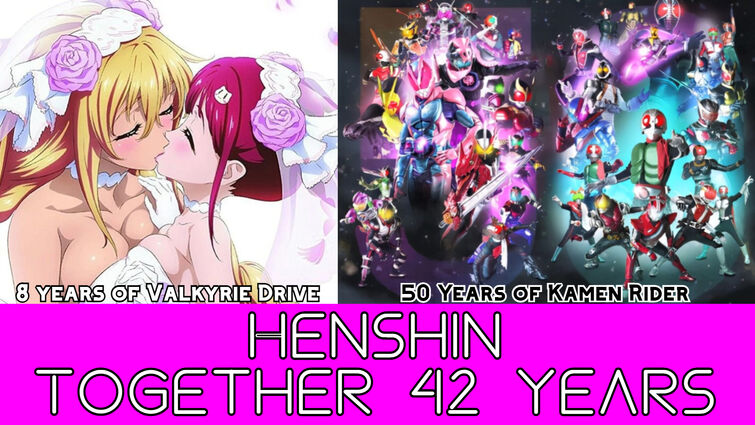 Hey there. I'm from the Monster Girl Encyclopedia wiki.

I dont know if you heard but fandom.com has decided to start deleting wikis with sexual content and "fetish material".

At first it was looking like they were going after more explicitly pornographic stuff, but more recently they mentioned Monster Musume.

This doesn't bode well for this wiki, considering Valkyrie Drive is even more graphic and sexual, so you all may want to consider archiving it, and preparing for a possible move.

Here is a link to a discussion, though the wiki will supposedly be deleted on wednesday, which means this thread will likely be deleted then too:

More on the closing of this wikiMonster Girl Encyclopedia Wiki

Why is Mamori's page blank, and why is it uneditable?

In October 2020, the page about Mamori Tokonome has been disappeared for unknown reasons and unable to edit or renew the page. There is someone who actually making the page deleted without a valid evidence.

I'm in deep trouble right now. Can someone bring Mamori's page back? 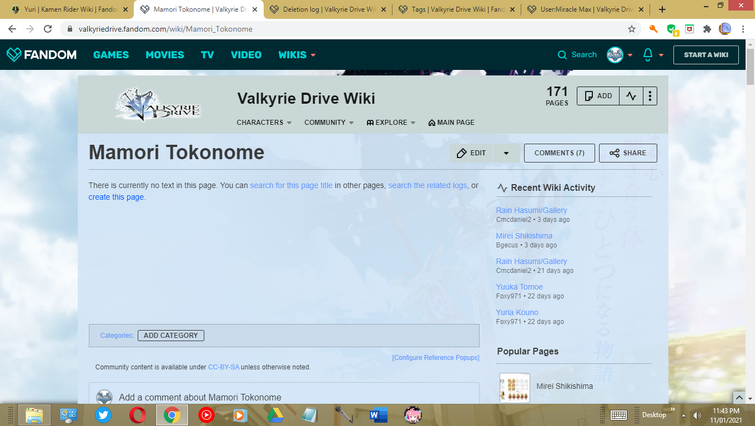 I want to ask since Mirei married the Main character at the end what does this serve since they can't have children together.

Seeing as there's no Fanfiction section for fans to display their fan artwork and fan stories. I'll start off first, here is mine:

This is the place to talk about your favorite topic, to share news, theories, ideas, and to connect with others. The content from your Forum has been converted to Discussions posts, so nothing has been lost.

To learn more about what you can do here, check out community.wikia.com/wiki/Help:Discussions

If you're an admin on this community, read more about how you can customize your Discussions and set up guidelines for contributors: community.wikia.com/wiki/Help:Admin_and_Moderator_Tools_in_Discussions

If you have gleaned interesting fannish thoughts, speculations, or completely bonkers delusions from around the Internet, post it here. This is especially for stuff that you can't find a specific source for, can't remember, or are unwilling to admit to.

If anyone can confirm one of these, that would be good; then it can move to the appropriate Wiki page.

A "Valkyrie Drive" happens when Liberator and Ecstas feel true love for each other. We've seen a glimmer of that at the end of Ep 3, where Mamori initiates the Drive by fondling Mirei before the fight with Charlotte. [Possibly from 4chan.]

Lady J and Rein may also have that potential.

Just trying to get a sense of the Mermaid Island hierarchy. Does this sound right?

Governor Akira is the highest authority on the Island, although I think not of the entire artificial archipelagio. She answers to "Those Who Watch", off-island powers that have not been introduced.

Charlotte directs the locally created Welter paramilitary. She seems to act more with Akira's approval than on her direct orders. Her uniform is more a mockery than anything; I suspect that if she saw the chance, and wanted to, she could mount a coup and take over from Gov. Akira.

Commander Kitsumi is in charge of operations and logistics. Her authority almost equals that of Charlotte, and probably exceeds hers on paper, but in practice, she takes Charlottes's orders, if under protest at times.

Feste is the Castle in the central crater, and its support structures like warehouses.  (I'd love to know how supplies arrive.)

Atelier Torino is the inn run by Torino Kazami for people who don't like the way Welter runs Feste. I suspect Welter allows it to operate because, so far, it's provided a safety valve that gets malcontents out of the castle. But Charlotte has, perhaps unwisely, chosen to attack Mei Fong, the bookie and smuggler who provides goods to Kazami. My guess is, Charlotte knows that Mei is the one who freed Mirei.

The Ladies J and Rein may also have connections outside of Feste, possibly a resistance movement.

The Wiki menu only has an entry for Valkyrie Characters. Can entries be made for Setting, Plot, and Miscellaneous as well? There are matters of interest besides the characters.

Also, I'd like to put the Anime related headings first, with On the Wiki and Community last.

(edited by Backshelf)
How explicit are we making the wikia?
(edited by Marik Swift)
Guidelines